When is it Okay to Be Injured? 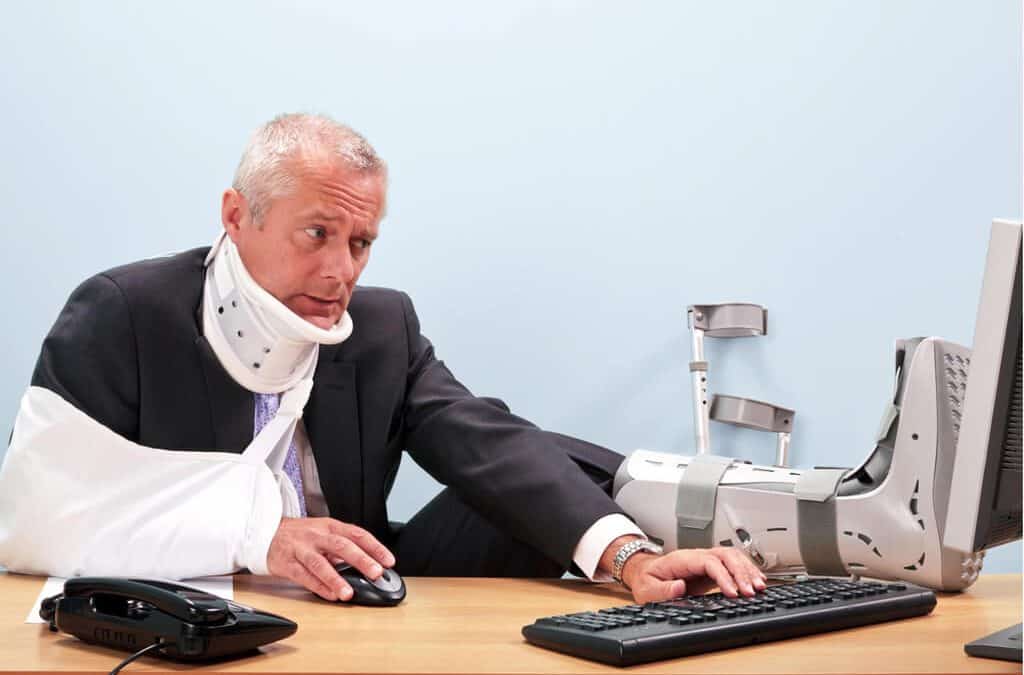 King Arthur eventually reduces the man to a stump with no arms or legs, but the Black Knight refuses to concede defeat and says, “All right, we’ll call it a draw.”  King Arthur then “rides” away on his pretend horse to the sound of cocunuts shells clapping together.  As King Arthur fades off into the distance, the Black Knight yells for him to “Come back here and take what’s coming to you!  I’ll bite your legs off!”

Everyone who has ever been injured can laugh at that scene.  We all tend to ignore our injuries and continue working as if we were not injured.  We grew up hearing that we should “rub some dirt on it,” or “walk it off.”  And while toughness is a virtue, that does not mean we shouldn’t seek treatment or compensation for our injuries.

Not knowing when to give up is a good trait.  But it is still okay to admit you are injured!

A few years back I helped a very good man who took a significant fall at work and sustained a serious brain injury, neck injury and shoulder injury.  Because of his injuries, he had a hard time organizing his thoughts and he talked with a stutter. He was in constant pain and was told he would never lift anything over his head again.

It was both humbling and satisfying to help him get a settlement that relieved some of the financial burden he and his family would face.  If he could have taken back the injury and returned to work he would have done it—in a heartbeat.  But that was not his reality, and his only recourse was to seek compensation for his injuries.

That principle applies with equal dignity to lesser injuries as per Schrieverlaw.  Over the years I have listened to hundreds of people tell me that they would gladly not take any money for their neck or back pain if they could just sleep through the night without having to wake up.  Until a person has gone through that experience, they really do not understand what it is like.

My clients who are unable to work would much rather earn their paycheck than endure the injuries that prevent them from working.

We are all too hard on ourselves.  Life is not always a bowl of cherries, and we never know when we might need some help to get back on our feet after an injury.  It is okay to be hurt, and it is okay to ask for help.

There is no need to be like the Black Knight, ignoring our obvious injuries and threatening to bite peoples’ legs off!