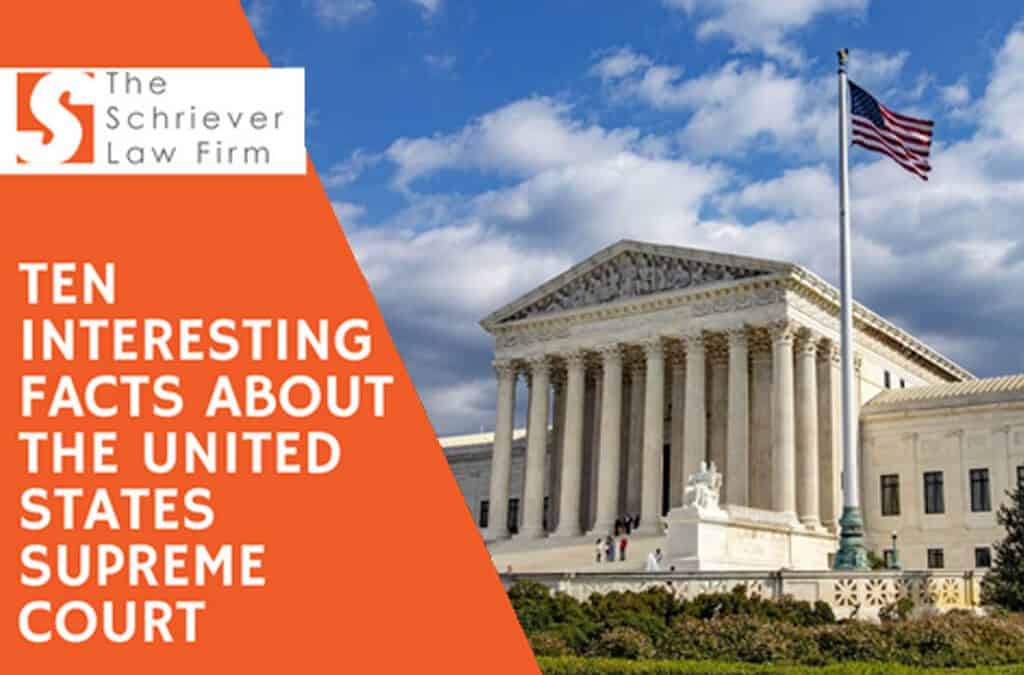 In September of 2014, the Annenberg Public Policy Center reported that only 36% of Americans could name all three branches of the United States’ government.  (Spoiler alert: they are Executive, Legislative, and Judicial.)  The Executive branch (currently led by President Donald J. Trump) and the Legislative branch (also known as Congress) get plenty of attention in the media.  The Judicial branch (the courts) is also an important part of our government, but people know less about it than they do the other branches.

Here are some interesting facts that some people might not know about the Supreme Court of the United States:

1.  A Stitch in Time Saves Nine

The Supreme Court is currently composed of nine Justices, but that has not always been the case. The Judiciary Act of 1789 set the number of Justices at six, but that number has been set as high as ten in times past. In 1937, President Franklin Delano Roosevelt pushed Congress to increase the number to 15, but Congress declined to do so.

Most people view the Supreme Court favorably.  According to a Pew Research article in September of 2016, 57% of Republicans and 73% of Democrats have a favorable opinion of the United States Supreme Court.

3.  Judges Get Paid No Matter What

Supreme Court judges are guaranteed their salaries and they cannot be fired.  They can be impeached if they are corrupt or they abuse their office, but Congress has never removed a Supreme Court Justice from office.

Courts can order government officials, including the President, to stop doing things that are against the law or are unconstitutional. This process is called judicial review, and it is one of the most important principals in our Constitutional form of government.

5.  They Only Hear Important Cases

The United States Supreme Court hears about 80 cases per year, and they decide another 100 or so without hearing oral arguments.  They receive about 7,000-8,000 requests per year from litigants who want the Court to hear their cases.

6. “The Highest Court in the Land”

The top floor of the Supreme Court building houses a gym, including a basketball court dubbed “the Highest Court in the Land.”

Battles over Supreme Court nominations are not new.  John Tyler, the 10th President, was politically unpopular.  He nominated nine justices but only one was confirmed.

8.  One Supreme Court Justice Was From Utah

A former Supreme Court justice, George Sutherland, was from my home town of Springville, Utah.

9. One Man Served as President and As a Supreme Court Justice

William Howard Taft is the only president to have also served as a Justice of the United States Supreme Court.

Before Supreme Court Justices take their seats at the bench, they shake hands with all of the other Justices as a reminder that, even though they have different opinions, they share a common purpose.